Coming Soon: The Art of the Film Trailer & Ten of the Best 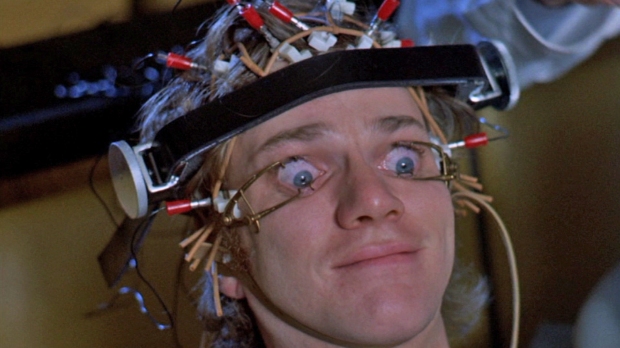 Film trailers have never been more important. You only need to look at the obsessive scrutiny over Star Wars: The Last Jedi’s trailer to see the continued value in the humble marketing teaser. A quick Google glance tell us that Forbes, The Telegraph, The Verge, The Guardian, The Metro, Syfy, Polygon and The Ringer all conducted thorough dissections of the two minute, thirty-five second long trailer, hypothesising and telegraphing every possible plot twist and turn. Just this week The Guardian posted an article wondering whether Marvel’s minimalist Venom trailer would spell box-office disaster. While trailers for franchise behemoths like Star Wars and Marvel are always likely to garner irrational amounts of attention, the question remains as to just what constitutes a good trailer? In its most basic form, a trailer exists to promote an upcoming film, but is there more to it than driving bums to seats? Most trailers these days opt for the mundane approach of compacting their film into a three minute synopsis that veers dangerously close to giving away the entire plot. It often feels like producers, directors and distributors are afraid to withhold too much information from potential viewers, as if any attempt at mystery, subtlety or the unorthodox would send the masses rushing to the hills and their Netflix accounts. Yet somewhere in the drab and colourless world of trailers there are a few daring creations willing to test their audience by refusing the easy sell, withholding those pesky spoilers and innovatively challenging the viewer. In no particular order, here are ten examples of the trailer elevated to an artform:

We start our list with one of cinema’s great innovators; Stanley Kubrick. The director was famously meticulous in his work, racking up countless takes until he was completely satisfied, and taking control of every aspect of film production from editing all the way to designing the marketing materials. For A Clockwork Orange, Kubrick personally edited the original theatrical trailer to create an eccentric sensory assault that mirrored the film’s warped world. Alex’s favourite composer Ludwig Van and his ‘Ninth Symphony, Second Movement’ receive a synthesised reworking, courtesy of Walter/Wendy Carlos, to add a frenetic soundscape to the montage of depravity, violence and provocative words. The use of montage resembles Kubrick’s playfully humorous trailer for Dr Strangelove, but for A Clockwork Orange the technique’s pace becomes sinister and destabilising. After watching this trailer you’d be forgiven for thinking you’d suffered Alex’s fate and been exposed to old Ludovico therapy.

On release in 1973, William Friedkin’s The Exorcist brought in record box office figures and scared the living and dying daylights out of its audiences. Before cinema goers were passing out and walking out in horror, they were baulking at The Exorcist’s original trailer. The trailer begins with the iconic shot of the priest arriving at a house, light beaming from a window highlighting his silhouette, coupled with an ominous voice-over hinting at the demonic events inside. It’s only after this atmospheric opener that the real terror kicks in. Composer Lalo Schifrin’s aural assault stabs at our ears with manic strings and thunderous piano clatters, instilling an unshakeable dread in the recesses of our gut. Schifrin’s score is coupled with flashes of black and white stills depicting Linda Blair’s transformation into a demonic creature. Friedkin’s decision to reject colour or movement is not only terrifyingly effective, but morbidly resembles the harrowing negative footage taken of corpses during the liberation of Nazi concentration camps by British troops. So unnerving and harrowing was the trailer, that Friedkin was forced to replace it and remove Schifrin’s all too effective score from the final release.

Clint Eastwood’s dissection of American military ‘hero’ Chris Kyle, rumoured to have killed over 200 men in combat, was met with controversy. Many found Eastwood’s American Sniper to be an ill-judged and distasteful glorification of a blood-thirsty killer, however this is not an opinion I agree on – see my review here. Much like Eastwood’s prior films Unforgiven and Gran Torino, American Sniper is a powerful deconstruction of the nature of myth and legend amongst men. Eastwood off-sets the cult building around Kyle by magnifying the strain and trauma quietly building inside him with every kill. American Sniper’s trailer perfectly distils the film’s plot into a single, tense scene; Kyle deciding whether to shoot a child potentially armed and dangerous. Structured in a taught crescendo, the trailer escalates to a breathless and ambiguous finale, enticing the viewer to see the complete film for answers. Eastwood remains a divisive figure, but this trailer for American Sniper conveys an entire film without resorting to hackneyed plot summaries and spoilers.

Michael Mann’s Thief feels like the perfect welding of New Hollywood’s psychological dramas and the polished slickness of nascent blockbuster culture. The Thief is Drive, long before Drive was even a twinkle in Nicholas Winding Refn’s eye. Anticipating the explosion of Regan’s Wall Street driven America, Thief sheds the urban angst of the 1970s for a thoroughly 1980s blend of style, action and cool. Thief’s trailer is driven by Tangerine Dream’s pulsating electro-industrial score that points firmly to the future. The chosen film snippets emphasise James Cann’s thoroughly modern blend of flash cars, expensive suits and criminal tendencies. While the burgeoning romance between Cann and Tuesday Weld is presented as the central focus, the prominence of innovative heist sequences and Cann’s dangerous persona convey something much more thrilling and tense. The Thief’s trailer feels like the beginning of a new age for American cinema.

Regardless of your opinion of Red Eye, there’s little doubt its trailer is one of the cleverest and most subversive around. Wes Craven, the Sultan of Slash, toys with his audience, masking Red Eye’s true intentions by perversely promoting the film as a sickly sweet rom-com. The trailer depicts a wholly innocent coming together between Rachel McAdams and Cillian Murphy at the airport that promises an inevitable romance. Yet just we think we’ve got the measure of Red Eye, Craven pulls us sharply into a turbulence. Cleverly Craven withholds his own name, and all the associations that come with it, until the trailer’s end when the shock twist is in motion. The trailer ends with McAdams weeping in her airplane seat, hands covering her mouth in fear, with no hint as to what Murphy is plotting. A brilliant cinematic curveball from one of film’s great innovators and provocateurs.

If the recurring trend within this list of trailers is to withhold the plot from the audience, then Under the Skin is perhaps the most masterful example. Jonathan Glazer’s film is an otherworldly experience that defies convention or comparison and its trailer is the perfect embodiment of its intoxicating charm. Glazer composes his trailer with a slew of short deliberately obtuse, but visually striking shots; a body shock dead against a white light, a red river, men vanishing into a pitch-black tar, and, most provocative, Scarlett Johansson stripped to her underwear emerging from the shadows. The subtle electric hum in the background suggests something ominous without ever threatening the glaring crescendo we expect. The intercut quotes and testimonials further hint towards Under the Skin being something truly unique without ever feeling cheap. Under the Skin’s trailer is a brilliantly odd and sensual way to tease you into the final picture, an apt reflection of Johansson’s own alien ways.

Pop music can be a quick and effortless way for trailers to draw an emotive connection with viewers right off the bat. For Kray biopic Legend, starring Tom Hardy and Tom Hardy, Roy Orbison’s Running Scared operates far beyond a simple pop culture reference. The song sets the tempo for the entire trailer with cuts matching Orbison’s simple, surging guitar strums, before pausing to introduce Ronnie and Reggie in time with the song’s orchestral shift. Running Scared’s inherently cinematic nature builds to a dramatic climax in under one minute thirty allowing a short, sharp thrilling trailer that presents all the Kray’s magnetic appeal without sacrificing plot intricacies. By building the trailer around Orbison’s song, director Brian Helgeland avoids the predictable trap of chronologically reporting the entire narrative from start to finish. To see an example of Roy Orbison’s Running Scared being butchered, checkout the recent trailer for Jigsaw.

Dunkirk’s quest for Oscar glory began in earnest with its trailer. Christopher Nolan successfully distilled the essence of Dunkirk into its theatrical trailer, majestically condensing the taught thrills of Dunkirk’s evacuation into a few minutes. Once again sound is vital with film composer extraordinaire Hans Zimmer manipulating a ticking clock into an urgent soundscape at the heart of Nolan’s extremely time-conscious story. Avoiding a linear narrative structure, like the film itself, Dunkirk’s trailer economically incorporates a sense of scale, urgency and tension. Nolan once again makes the complicated appear supremely simple with consummate ease.

Brain De Palma has never been one to shy away from innovation, but on the trailer for his 2002 film Femme Fatale he really outdid himself. Ignoring all advice against condensing your film’s plot chronologically into a trailer, De Palma did the total opposite and reproduced the entirety of Femme Fatale, shot for shot, for the trailer. Running the film at ultra high-speed, De Palma squeezes it into a mere two minutes with time to spare for the odd dabble in slow-motion. At the rush of speed chosen it is possible to see everything occurring, but impossible to successfully decipher proceedings – in this way it’s not dissimilar to A Clockwork Orange’s trailer. Rather cheekily, Femme Fatale’s trailer ends with on-screen text informing us we’ve just seen De Palma’s new film, but still implores us to see it fully (and at normal speed). De Palma has often been erroneously labelled a poor man’s Hitchcock and Femme Fatale’s trailer is a glowing endorsement of his own inimitable charm and vision.

You can try, but you can never truly escape the towering influence of Stanley Kubrick on all things cinema, and so this list ends as it began, with Kubrick. In a predictably unpredictable about turn, The Shining’s trailer couldn’t be any further from the hyper eccentricity of A Clockwork Orange. Kubrick quite simply positions the camera at the end of the Overlook’s corridor facing the lift doors, refuses to cut, and lets the scene run. As the credits roll up the screen our attention turns to the unsettling soundscape of electronic whirring, blood curdling strings and a sense of impending dread. As the unnerving score paces up and down erratically, blood comes surging down the corridor towards our fixed position. There is no chance of escape or movement, we must face the impending wash of blood splurging over us and the camera. Kubrick’s trailer is a marketer’s nightmare with no hint of narrative and no sign of star Jack Nicholson, but a masterpiece in the film trailer medium. The viewer is left anxious and confused, but almost certainly intrigued by the promise of The Shining.