This weekend marks the release of The Wolverine, the latest in not only the X-Men franchise but also in the all-conquering Superhero genre. The crime fighting, spandex wearing heroes have become a foregone financial success for Hollywood over the years- Marvel’s The Avengers making over $600 million and both Batman and Iron Man trilogies bringing in over a billion each worldwide.

Only recently it’s been announced that there will be another instalment in the ever popular Marvel series,X-Men: Days of Future Past, and at least another Avengers, all this on top of Warner Bros’ hybrid Superman V Batman, even though it won’t feature long time Bruce Wayne- Christian Bale. The three aforementioned examples are only a few of the standout releases amongst a whole host of Superhero specials coming out in the near(ish) future, it seems that Hollywood is set on milking the genre for all its worth.

Can you blame them considering the massive amounts of money the films are constantly bringing in? With the demand clearly out there and the actors unlikely to turn down the roles when they are also raking in the cash, Robert Downey Jr earning $75 million and Hugh Jackman only a mere $55 million, it seems unlikely the studios have any plans to branch out anytime soon. Financially it’s all well and good but for the future of films it’s a worrying trend that is damaging Hollywood.

With Superheroes being the most financially successful and an almost unlimited narrative resource, such is the quantity of comics, it appears that Hollywood has given up on creating anything else, the reboots of Spiderman and constant stream of sequels evidence of the trend. The fact Warner Bros. are combining Superman and Batman for a feature film, rumoured to go against Nolan’s impressively serious series, is indicative of their desire to suck the life, and money, out their prize assets while they can.

While the Superhero films aren’t particularly bad or disagreeable their novelty is wearing ever thin with each subsequent release, this year’s onslaught finally destroying their enjoyment. Man of Steel was mediocre, Iron Man 3 was the same in a tested formula and The Wolverine looks like the usual selection of stunning action and set pieces. In short, we’ve seen it all before: the same old procedure, the same focus on amazing special effects and the same actors and heroes. It’s predictable and stifling, it seems that Hollywood fears breaking the mould now, attempting anything different outside, and within, the genre is not an option.

Bar Nolan and Bale’s Dark Night collection the other Superhero incarnations have been on the whole pretty average once you look beyond their superficial appeal. Bluntly it isn’t exactly Oscar material or deep, meaningful drama at the end of the day. Of course we can’t have every film being gripping drama or deadly serious epics, there’s a need for light hearted Blockbuster entertainment but Superheroes are no longer the answer. 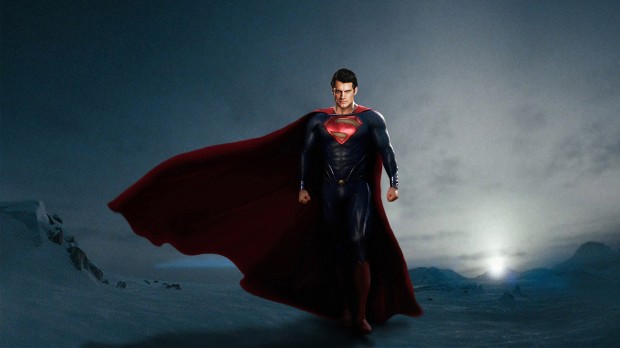 No longer is it acceptable to just churn out another Superhero rehash, its tedious, predictable and been done to death. In this relatively conservative, front loaded filmmaking period something special is needed to break the vice like grip of Superman’s iron fist. A bold break from the norm is likely to be the only way to start a new cinematic direction, unless it’s one of Hollywood’s big actors or directors the change can’t happen. Just as Warren Beatty kick started the Hollywood Renaissance with Bonnie and Clyde from the tedious, conformist 1960s the 2010s require the same kick in the proverbial behind.

Laying the blame for Hollywood’s creative dearth on Superheroes would be incorrect; they haven’t created the problems but they are magnifying the issues. Superhero films endorse all of Hollywood’s worst crimes- mass marketing budgets, overwhelming focus on special effects and usually happy endings amongst others.

We can all enjoy the nostalgia of Superheroes, staple parts of most people’s youths, but the current trend needs to end, if the Superhero films are stopped, or at least altered in their approach, then perhaps a more creative, expansive and deeper product will come out of Hollywood.

← ‘Easy Rider’ as a Reinvention of the Western Genre
Ryan Gosling: A Career of Unfulfilled Potential? →

One thought on “Are Superheroes Ruining Hollywood?”