Film Directors in TV and Failings of Cinema

The emergence of readily available televisions in the 1950s coupled with the joys of mass consumption meant terminally bad news for cinema, abruptly destroying the pre-war golden age of film going. Attendances plummeted 78% in only 17 years from the zenith of 4.7 billion to a mere 1.2 billion in 1964. In spite of a seemingly inevitable demise cinema rallied out of its decline to stabilise attendances at a fraction of its early 40’s heyday.

Beyond the colossal threat of television’s arrival cinema has weathered a host of innovations and inventions in technology through the years, each one providing a new danger to film’s future- internet, rental companies, VHS, DVD and Blue Ray to name a few. The latest danger to cinema is the emigration of some of its most prize assets, directors, with more and more making the voyage over to the world of television.

Some of the best programming of late has been the direct result of acclaimed film directors ventures on the small screen; Oscar winner Jane Campion’s haunting BBC drama Top of the Lake, David Fincher’s political series anchored by Kevin Spacey House of Cards, the Martin Scorsese produced Boardwalk Empire, Oliver Stone’s The Untold History of the United States, Michael Mann’s latest offering NYPD Blue and Steven Spielberg has dabbled in various shows, most recently Stephen King adaptation Under the Dome

Film directors making the leap into television isn’t a new concept with notable examples being Robert Altman’s much loved series M*A*S*H and surrealist David Lynch’s bizarre world of Twin Peaks, ironically enough both these programmes brilliance on the small screen failed to translate in the format of a motion picture. While it may not be a recent trend it’s never been as prolific as it is today, the increase in quantity has also seen a marked rise in quality which has made the aforementioned programmes some of the best on television.

The question is why are so many directors moving into television as their preferred medium?

One of the most glaring reasons is the current film industry inclination towards Blockbusters with this summer being an onslaught of big budget, front loaded action packed offerings. It seems the huge financial successes of The Avengers and Man of Steel has left Hollywood reluctant to gamble on anything that doesn’t involve a superhero, a $200 million budget and a plethora of explosions.

The industry’s lack of desire to back anything but Blockbusters has seen film’s either missing out on theatrical release or at least get a raw deal when it comes to marketing and exposure, veteran director Steven Spielberg recently revealed that his Oscar winning biopic Lincoln was close to missing out on a cinema release and exist solely as an HBO straight to television film. Soderbergh’s brilliant Liberace life story Behind the Candelabra was less lucky than Lincoln as it failed to see a release at cinema’s in America due to its risqué homosexual content, proving how narrow minded and safe Hollywood has become of late, George Lucas going as far as to brand television “much more adventurous” than cinema.

With a clear lack of interest in gripping drama and challenging content it’s no wonder directors are keen to work in television where they can craft their stories without the prejudice or expectation Hollywood is demanding of films. Television is seemingly open to all ideas with HBO a shining light of creativity, commanding huge respect for their varied and consistently superb programming. Television networks are capitalising off the film industry’s omissions, making the small screen the best place of late for gripping entertainment, not the cinema. Oliver Stone’s predictably bold series that critically analyses America’s history behind the gloss and fallacies widely believed is challenging for such a proudly patriotic nation, it’s unlikely the Academy or film companies would dream of backing something that potentially divisive, it’s a sad indictment of the state of cinema.

Beyond the limitations of movie trends, television allows directors whole seasons of up to 24 hours’ worth of programming to realise their visions in contrast to the constraints of three hours in films, even that an ambitious length for the average feature. Characters can be built up, story lines can be increasingly expansive and there is always room for a change of direction with so much time to fill, it’s a level of freedom that is nigh impossible to find in film’s hectic world. It seems that television has become a preferred destination for many film directors, the massive exposure that television now receives means that working in the medium is no less of an achievement than its bigger brother. 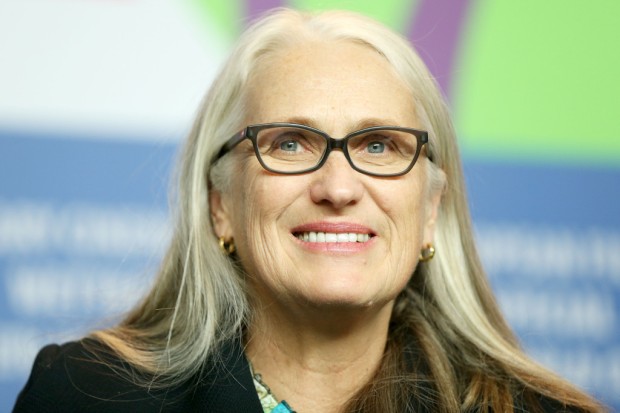 Boardwalk Empire is one of the best instances of television’s brilliance- the pageantry, engrossing characters and stories created under Scorsese’s watchful eye rival, and in all honesty, outdo anything coming out of Hollywood lately, the inexhaustible amount of potential depth in the series would be unachievable and diluted in film format.

Film directors are far from abandoning their home of cinema in exchange for television but many are becoming much comfortable and keen to work in both, not limiting themselves to traditional work the benefits of television is increasingly apparent. With any luck the migration of the Spielbergs and Campions of the world to television will force the film industry out of its rut, making it raise its game to produce character driven dramas that already inundate our living room screens.

Cinema survived its biggest threat in television’s birth but can it now rally round to see of the latest threat of breath-taking shows captained by their former star directors? Cinema’s isn’t going away but it quality will continue to dwindle unless it learns from television’s recent success and innovation.