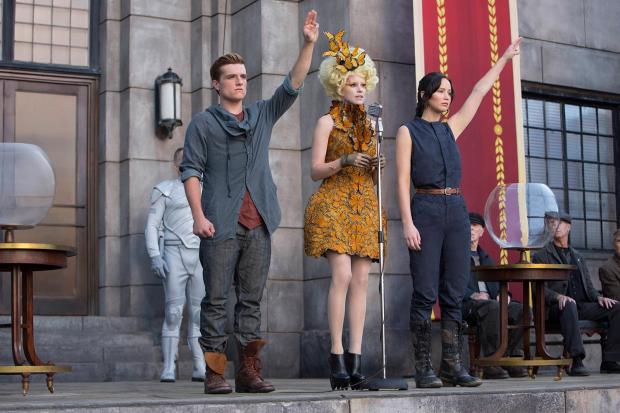 The Latest Picture Show welcomes its first guest reviewer in the form of charming, beardy, native of Australia Lachlan Rutherford. Please give him a warm round of applause and revel in his gorgeous review…

It is a very rare (but satisfying) phenomenon when a sequel to an already decent film is better than the original. It worked for The Empire Strikes Back, the Dark Knight, even the successive Pink Panther movies (the Peter Sellers versions, thank you very much!). Of course, subjective opinion can dispute my claims, but there is no denying that there are elements of each of those films that make them stand out just that little bit more than their predecessor. The newest addition to the ‘sequels better than the original’ list, Catching Fire, contains several elements that nudge it far enough in front of its forerunner, The Hunger Games.

According to fans of the novel series that both The Hunger Games and Catching Fire are based on (written by Suzanne Collins), the latter is possibly the weakest in the trilogy. I admit, I haven’t read the books, but more on that later. Despite the fan analysis, Catching Fire as a film about character degradation, post-traumatic stress, camaraderie, brutality and liberation soars above The Hunger Games.

In the first film we were introduced to Katniss Everdeen (Jennifer Lawrence), a stoic and fiercely protective young woman who resides in one of the 12 destitute districts of the post-apocalyptic Panem. Two members of each district must compete in an annual competition known as “The Hunger Games”, a gladiatorial event allowing the victor to live peacefully for another year in their district. The event is a method of control employed by The President of the Capitol (Donald Sutherland) to keep the powerless citizens of the district from rising up and joining the elite, over-indulgent people of the Capitol who view the Hunger Games as a game show akin to the X-Factor – but with killing.

In the first film, Katniss started a revolution among the citizens of the districts by sparing the life of Peeta Mellark (Josh Hutcherson), a boy from her own district with whom she develops an ‘on-screen romance.’ By finding a loophole in the rules of The Hunger Games, they both win and are able to spend a year without Capitol interference in their home district.

Catching Fire shows the direct results of Katniss’ revolutionary acts in the first film. The other districts are beginning to stand up to the oppression of The Capitol, Katniss is experiencing traumatic visions from the Hunger Games, and the President is not happy with her. Furthermore, her relationship with Peeta has diminished much to the Capitol’s chagrin – they want the star couple to remain together! 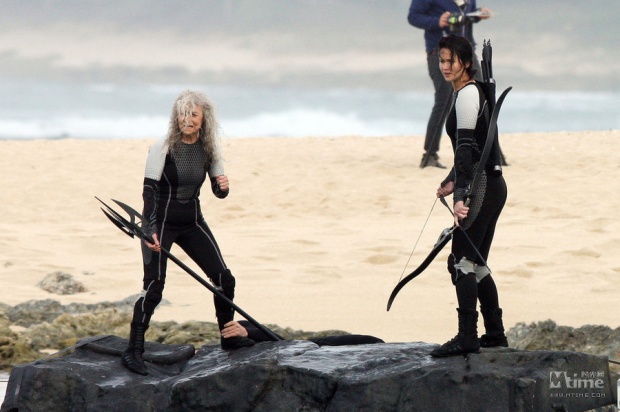 Essentially Catching Fire is all about cause and effect – the repercussions of Katniss’ actions, which as a story has the potential to become stale midway through the film. So why, then, does it surpass The Hunger Games?

The answer is simple – the characters, furthermore the performances. The first film seemed to be emotionally detached. When characters were beginning to be brutally murdered it felt strange. It was confronting and it worked. But outside of the actual Hunger Games, the performances seemed very mechanical. This has changed for the better in Catching Fire. Katniss is still very reserved, but the added trauma from the first film brings out incredibly strong emotions. There is a particular scene where Lawrence exudes unadulterated rage as her character witnesses something truly disgusting. It’s the moments where Katniss expresses her humanity that made me realise just how fantastic an actor Lawrence is.

Donald Sutherland usually has such a kind demeanour about him, and yet his portrayal of President Snow was frightening. The character is, for want of a better word, demonic. Sutherland plays him as a cool, calculating villain whose moral compass is non-existent. The fact that he is so calm about the atrocities enacted on the citizens of the districts is unnerving.

Several pages could be written on how each of their performances was what made the film for me, because every single one of them left me awestruck. It seems a shame to pick notable examples for this reason. However I must applaud Woody Harrelson as my personal favourite, Haymitch Abernathy, Elizabeth Banks as the endearingly oblivious Effie Trinket, Jena Malone as the resourceful badass Johanna Mason and Phillip Seymour Hoffman as the mysterious Plutarch Heavensbee. 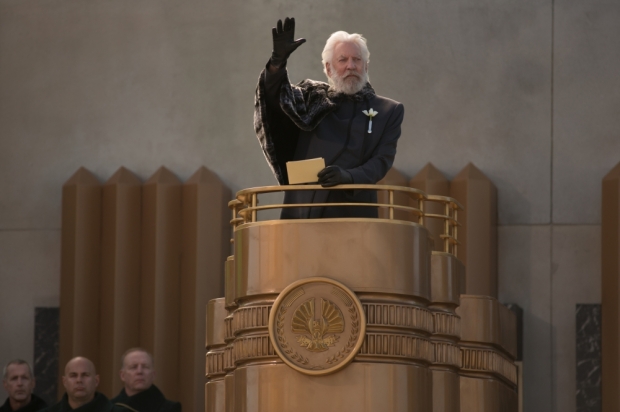 It seems that there isn’t a bad word to say about Catching Fire, and while it was virtually flawless, it did have a couple problems. Most notably is the Hollywood-style romance between Katniss and her friend Gale Hawthorne (Liam Hemsworth). According to people who have read the books, Gale’s romantic feelings for Katniss are not reciprocated, and yet in the film it seems that way. After what Katniss has been through, with the Hunger Games, with Peeta, not only is it unrealistic, it’s an insult to her as a character.

Katniss provides one of the most positive and ground-breaking female role models in young-adult fiction in this decade. Where a lot of material written for young adults is oversaturated with passive, uninteresting and ‘submissive’ female characters, Katniss is a clear break from that norm. She doesn’t need romance to make her story interesting. It is understandably difficult to portray her thoughts in the medium of film, but more could have been done to make the determination that she’s not ‘in love’ with Gale.

Secondly, the length. It’s so bloody long. For those deeply enthralled by proceedings it’s fine, but there is unquestionably a lot of unnecessary scenes and so much exposition! The main criticism by fans of the book is that it is largely exposition. Supposedly it is necessary in showing the ramifications of the actions in The Hunger Games, which will then lead onto the conclusion in the third part, but the amount of time spent doing so could have been reduced.

When I left the cinema after seeing Catching Fire I had all sorts of questions on my mind. It truly was an engaging and emotional experience. But one question permeated all of the others – where can I get a hold of the books? When a movie based on a book can affect someone to the point where they want to find out more than what was just shown to them, the movie has succeeded. It isn’t about comparing the original text to the adapted one – they are two separate beasts that thrive off the success of each other. Catching Fire is a must see, if only for showcasing the marvellous performances, but you will be drawn in by the setting, the overarching plot and the depth of the characters.

← Don Jon Review
Why Are Films Based on Video Games Universally Awful? →