Suitably, and surely not out of coincidence, the Coen brothers’ latest film following hapless 1960s folk singer Llewyn Davis’ amateur career can be summed up by Bob Dylan’s most famous chorus: “How does it feel/To be without a home/Like a complete unknown/Like a rolling stone?”

Loosely inspired by unstoppable icon Dylan (He’s been on the same tour since 1988!), we find title protagonist Llewyn Davis (Oscar Isaac) at rock bottom, very much without a home as he sofa hops his way round New York as well as a complete unknown stuck playing the same songs in the same venue night after night. Davis is caught at a personal, musical and career impasse, posing himself the rarely contemplated question of when to throw in the towel on your dreams and aspirations? Fearing it’s now or never Davis faces one last shot at getting his originally Welsh name blown up in lights through folk impresario Bud Grossman (F. Murray Abraham) in Chicago, but perhaps the writing is on the wall as he chases his dreams away from New York. “If I can make it there/I’ll make it anywhere” Sinatra once ominously crooned.

Davis’ ill-fated existence is glaringly apparent from the off, but only when the revelation that simpleton cadet Troy Nelson (Stark Sands) has impressed bigwig Bud Grossman ahead of him does his luckless tragedy hit home. His disbelieving jealousy is compounded minutes later when he loses his friend’s cat down the fire escape. For Coen brothers aficionados the onslaught of luckless circumstance as a source of dry humour won’t be anything novel, but what is refreshing is handing power over to the protagonist, making him an active decision maker in his own troubled tale rather than a passive recipient of fate’s unfortunate hand.

Instead of being a sympathetic waif dictated by directorial bidding, Davis creates his own problems and therefore his own solutions forcing the audience to rethink their sympathetic allegiances for better or worse. It’s a surprisingly emotional approach for the often sterile, knee deep sentimentality of the Coen duo, yet its effectiveness is undermined by an unerring aversion to maudlin leanings, meaning that while Llewyn Davis is making the decisions it’s increasingly predictable what the outcomes will be.

Inside Llewyn Davis comes across as a real labour of love for the prolific directors and writers, there’s a quirky tenderness to life’s itinerant nature exemplified in the world weary Llewyn Davis. His nomadic existence is filled with brief encounters consisting of an ensemble of intriguing characters (Justin Timberlake, Garrett Hedlund and John Goodman amongst others), never more than a ripple in life’s short cycle it’s a poignant reminder of how fleeting and impersonal most exchanges are. On one level it’s a clever ploy to rally against the obvious audience desires to learn more about these characters, yet it protrudes as a double edged angle that leaves the film lacking in finer details to keep us hooked. Even the briefest narrative bait for the viewer with Davis’ former love interest Jean (Carey Mulligan) is nullified prematurely leaving few hooks explored enough to negate a hollow gap in our hearts come the credits.

Being a film centred around the 1960s budding folk scene it’s no surprise that you’ll hear some original acoustic compositions throughout. Far from a Musical-esq level of prolific involvement, the sombre tunes, bar one amusingly naff number from Timberlake, are whimsically generic affairs for the most part, the epitome of folk song stereotyping for the untrained ear like myself. At least it’s not commercial folk charlatans Mumford and Sons. 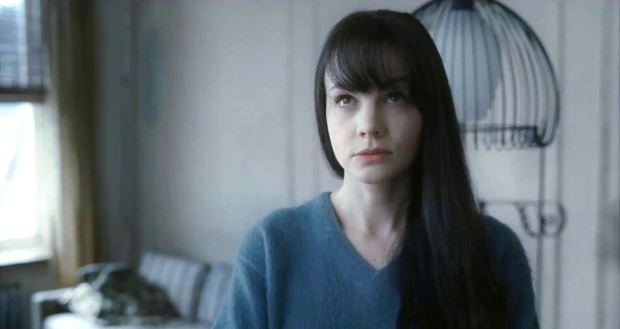 There are some nice polished touches to the direction; the way characters glow an off colour grey of the past in their many close ups and latterly, a circular satisfaction comes of the plot highlighting the wealth of experience behind the camera. It’s precise, slick, cinematography that the Coen brothers have prided themselves on, the unobtrusive beauty on offer is easy to overlook but impossible to underrate once your gaze falls upon the richly painted backdrops.

While the Coen brothers have shifted their focus to a deeper emotional level along with a tale rooted in a reality seldom as ordinary as this, however Inside Llewyn Davis is unmistakably fashioned from their hand. Attempts at adding sentimentality to their distinctive brand of desert dry humour and low-key quirkiness fall flat in the crucial plot arc resulting in a film that’s enjoyable and amusing overall without the heart needed to live long in the memory. Like Woody Allen’s films, the Coen brothers make a trademarked batch of cinema that’s either applauded unconditionally or met with a shrug of the shoulders, for me it’s usually the latter leaving this review with a hint of bias; so if the filmmaking double act are the apple of your alternative eye Inside Llewyn Davis will be right up your street.

2 thoughts on “Inside Llewyn Davis Review”