About Schmidt’s Ending: What’s in Cinema’s Love for a Happy Finale?

Being unemployed, and probably unemployable, I’ve allowed myself the luxury of ploughing through old films like Quinten Tarantino in a backwater Knoxville video store. After watching the glorious epitome of the Western genre that is Once Upon a Time in The West I ventured though Sky Movies for something acclaimed without the intensity, portentous grit and near three hour running time of the latter; About Schmidt fitting the bill snuggly.

Having seen director Alexander Payne’s latest Oscar runner Nebraska, and heard enough about predecessors Sideways and The Descendants, I had a fairly good idea what lay ahead with Jack Nicholson starring as old timer Warren Schmidt; a meandering tale of small town America circling the point of life, family ties and the past we’ve left behind if Nebraska was anything to go by. Turns out About Schmidt isn’t far off that; keep the same location and basic narrative but dash some faded colour into the frame, make June Squibb ten years younger and replace Bruce Dern with Jack Nicholson, Payne’s favourite film must be The King of Marvin Gardens, and voila.

The film itself is classic Payne as it dresses up surprisingly morbid woes of elderly existential crises with offbeat humour in the absurdly detached bubble of small town America. Jack Nicholson is naturally equipped and excels as the retired, widowed and generally cranky Schmidt; a character not far from the actor’s person one would assume. About Schmidt is taken as a tender tale of old age and life ambitions without ever turning to an acerbic atmosphere and shifting to a darker mood, the ending of the film a testament to this desire to keep proceedings charmingly upbeat. The final scene sees a depressed Schmidt at his lowest ebb after failing to convince his daughter not to marry inoffensive “nincompoop” Randall, alone and at breaking point he finally finds solace and purpose to his existence when he receives a note from his Oxfam adopted son in Tanzania who thanks him for his kind letters. Delighted, Schmidt weeps with joy upon the realisation he’s done some good in the world, leaving it a better place than he found it. 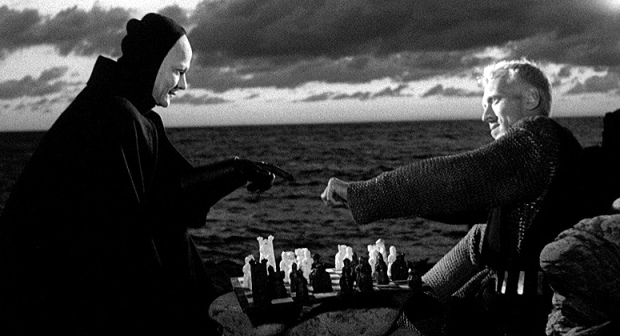 This uplifting conclusion brings me to my ruminative concerns about the nature of film narratives; while About Schmidt’s finale is a roundabout, well-crafted way to wrap up the narrative it left a lingering concern- why did Schmidt have to find a purpose in life and therefore end on a positive note? Essentially why did director Payne feel the need to give the film a happy ending?

The notion of a happy ending is a peculiar one; it dominates almost all forms of mainstream entertainment with protagonists from Tokyo to Birkenhead more often than not defying the odds, vanquishing evil doers and finding a purposeful place in society, but why? Seldom is life ever as clear-cut as cinema would lead us to believe. Schmidt’s revelation is a classic piece of narrative redemption, when faced with overwhelming crisis and the collapse of a happy house; characters go through struggle and strife before enlightenment about their previous, unfilled ways, ultimately achieving redemption and a happy conclusion to their tale, Schmidt the archetypal example.

About Schmidt could and, in any real context, should have ended with Jack Nicholson as a lonely old man alienated from all those around him, but would that be an attractive prospect for the viewer and director alike? Highly unlikely, an ending without hope would draw us to the uncomfortable idea that a majority of our life is a futile quest to find meaning in the trivial. Throughout life we’re persuaded by society, and ourselves, to drift away from unsavoury thoughts about what lies beyond our time of toil on earth and what indeed we’re supposed to be doing with our hopefully 70 odd mobile years, and cinema is no different. Films have a religious resonance to them, they provide hope in the form of tales that are as much improbable as they are inspiring to audiences- it would seem that Schmidt and Jesus’ life stories have more in common than you might think. 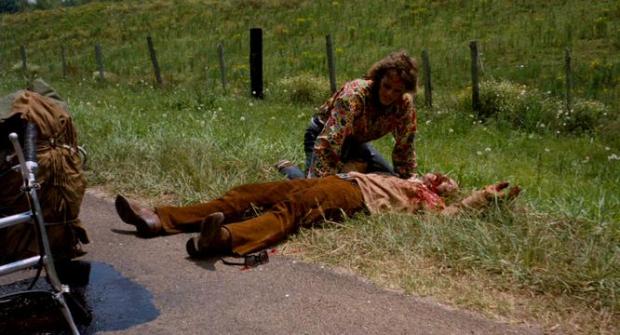 Films haven’t always been as lenient with audiences as they are today, back in the 1950/60s and the birth of national New Wave cinemas the narrative landscape shifted dramatically from traditional, campy drama to pressing matters with a deeper psychological edge. With a plethora of free thinking directors willing to challenge conventional film, endings took a graver tone that disregarded the pressures to comfort audiences’ insecurities. In France, Godard’s heroes were small time crooks with a hankering for a glorious noir death, in America Easy Rider shunned the American Dream allowing its biker protagonists to bleed out by the side of the road, Germany saw Herzog play with man’s fruitless quests in Heart of Glass, Italian director Antonioni used Blow Up to present the mundane in full effect while Swede Bergman brought philosophy to the fore by questioning God’s presence entirely in The Seventh Seal.

After the horrors of WW2, notoriously the holocaust, innocence was lost as the evil workings of man were bluntly emblazoned on the minds of the masses, post conflict cinema channelled this destructive disillusionment and utilised it to experiment with narrative possibilities, usually focusing on the darker philosophical questions that were formerly too daring to really contemplate. In recent times however, a happier, more mundane and conservative form of endings has been the backbone of cinema, falling in line with the emergence of Blockbusters in the mid-70s with pioneers Steven Spielberg and George Lucas.

Happy, uplifting and positive film endings can come in all forms, quite often under disguise of an apparently dark finale; for example The Double, a crushingly grim film with a relieving conclusion, or Locke, a quite ambiguous motorway exit signals a touch of success in all the turmoil. Happy endings aren’t bad things; rather what’s peculiar about them is the way in which they are universally accepted without being questioned to their plausibility in the real world, perhaps there is a subconscious acceptance of hope and joy in film and that’s a founding appeal of the big screen. Life would be an oppressive state of delirium and futile fighting if hope was vanquished from our existence; harking back to the religious metaphor, films are a soothing lesson in finding purpose for yourself and subjective happiness just as sermons in church are for many.

Despite finding revelry in his African adoption, Jack Nicholson’s Schmidt remains retired, redundant and alone at the end of film, on the surface his situation is far from happy but this late epiphany goads the audience into believing everything is ok with our unlikely hero when the credits role, an odd paradox when you look beyond the narrative sway. Perhaps there are no good or bad endings, only subjective emotional allusions to what humans take, or want to take, from certain situations, or life as a whole. It’s nice and easy to take positives and encouragement from a film like About Schmidt, but it’s also worthwhile pondering what the film is subtly removing from audiences eyes, it’s all about questioning face value perception, and now, more than ever in times when technology does most of our thinking for us, it’s important to look, and think, beyond the surface gloss of not just film, but all mediums we come into contact with for a deeper meaning.

One thought on “About Schmidt’s Ending: What’s in Cinema’s Love for a Happy Finale?”