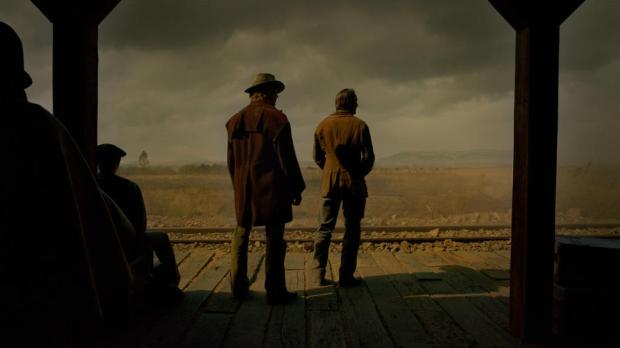 It’s probably fair to say that Westerns have had their day. The glory days of John Ford, Sam Peckinpah, Sergio Leone and Clint Eastwood have long since passed like tumbleweed through a desolate frontier town. Bar the odd novelty revival, Tarantino’s Django Unchained the most obvious example, the Western genre has lost its mythmaking appeal in the technology governed 21st century.

Spying a Western on the London Film Festival bill filled me with as an equal measure of excitement and suspicion. My trepidation stemming from the fact The Salvation was a directed by an unknown Danish director in Kristian Levring and starred footballer come philosopher Eric Cantona as a gun slinging outlaw.

Levring’s influences are worn firmly on the film’s dust smattered sleeve and, in a similar fashion to Once Upon A Time in the West, The Salvation becomes a collated homage of the great Westerns from before. There’s nothing new or unique about The Salvation, but it’s an enjoyable yomp that reminds us how wonderful and enjoyable the Western genre is.

Falling into familiar narrative territory The Salvation is a story of revenge and retribution in the most clinical sense. Danish immigrant and man of few words Jon (Mads Mikkelsen) heads out on the warpath when his wife and child are brutally murdered by a gang of morally absent outlaws in 1870s America. It’s really doesn’t get much more complicated than that and the film’s quite happy to reside within its unambitious confines. 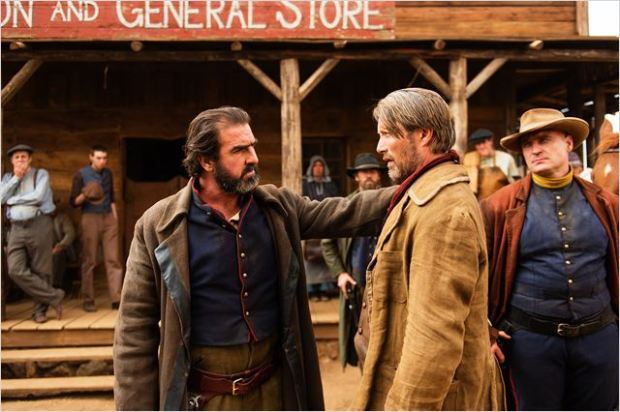 You could quite easily spend the 90 minute running time trying to work out which film each scene in The Salvation is indebted too. Perhaps the most overwhelming shadow on Levring’s work is that of Clint Eastwood’s Oscar winning classic Unforgiven. Beyond narrative similarities the character are eerily reminiscent of its 1992 influencer. Bad guy Delarue (Jeffrey Dean Morgan) is a young, muscular Gene Hackman and Jon’s youthful aid is a hollow imitation of The ‘Schofield Kid’. Mikkelsen’s mysteriously violent Jon has the grizzly looks of a young Eastwood without quite as much unflappable style.

These characters, along with corrupt mayor Jonathan Pryce, are dull renditions of stock characters, there’s little more to any of them than their basic role suggests. Levring attempts to give these characters some depth with hints to intriguing backstories yet does it with such little conviction it all seems like a superficial afterthought. The dastardly Delarue’s sadistic nature is implicitly put down to his bloody dealings with the Native Americans. The effort to create that morally dubious dynamic employed so well by Leone is sadly underutilised here.

Another missed opportunity for The Salvation is the fact a foreign perspective is at the film’s helm. Danish director Levring infuses his film with a noticeable immigrant voice via the eclectic mix of starring nationalities. The overarching Danish influence via protagonist Mikkelsen is supplemented by British, Spanish and French characters cropping up in the story. There’s a clear intention to draw attention that age old idea of America being founded and shaped by a melting pot of immigrants but any unique voice is lost in the need unrelenting obsession with the classical Western vision. The characters may largely be European and speak with an accent, but they all act unquestionably American. The diverse cast feel more like the inherent result of an international production rather than a conscience effort to make The Salvation an immigrant’s tale. 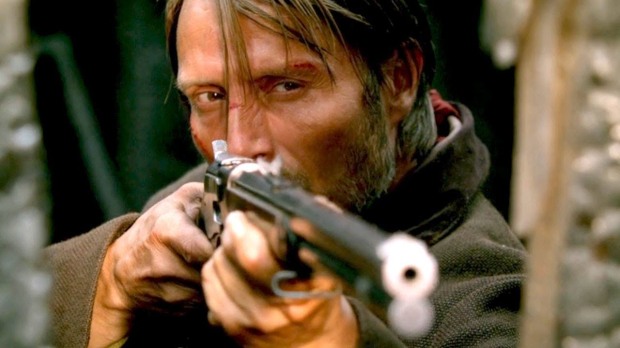 In contrast to the predictable characters, plot and action is Jens Schlosser’s gorgeous cinematography. The glorious desert landscapes are shot in widescreen with a lush golden glow that truly depicts the vast, sweeping scope of the Wild West. Schlosser really stamps his mark when night falls in The Salvation. Under the sun’s absence the film takes on a dreamy fairy tale-esq aura where the usual blackness is replaced by an inky blue that makes the film feel like it’s straight from a Western history book. This striking nocturnal radiance is the film’s only notable addition to the Western canon.

Despite its lack of originality, The Salvation is a fun romp through the West. The gun battles are slickly choreographed and aided to no end by the thunderous audio that makes every bullet fired sound like an artillery shell smattering the landscape. Like all good Westerns there’s a pinch of comedy to break up the gruelling reality of the life in 1870. Born entertainer Eric Cantona successfully reigns in the laughs as a suitably eccentric Frenchman. 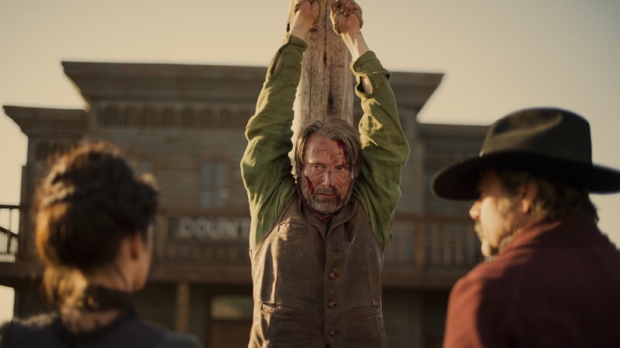 If you ever wanted to take a 90 minute crash course in Westerns then The Salvation is the film for you- a steely cool hero, bad guys head to toe black, corrupt oil dealings, abuse of the Native Americans and blistering gun fights. Kristian Levring is so enamoured by the myth of the Wild West’s cinematic history he forgets to leave his own brand on the frontier leaving The Salvation as a an eagle eyed appreciation of a genre that’s ridden off into the sunset. This honouring approach sucks the authenticity out of Levring’s film leaving it as great pretender to those it idolises. The Salvation is the fraudulent James Stewart to John Wayne’s overlooked legitimacy in The Man Who Shot Liberty Valence.

It’s refreshing to see a decent, if not spectacular, Western back on the silver screen through The Salvation, however you’d be better off revisiting classics like The Searchers, McCabe and Mrs Miller or High Plains Drifter to see the genre at its finest and most authentic form.

One thought on “The Salvation Review (London Film Festival 2014)”