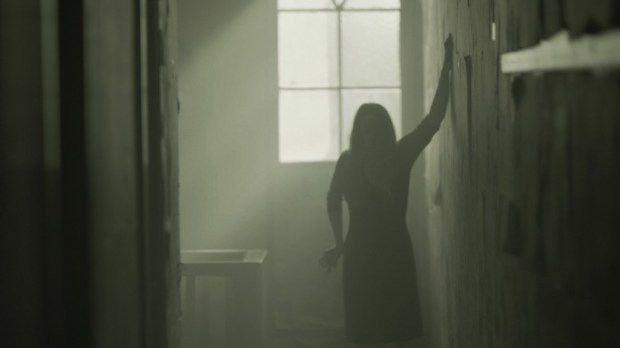 Alfred Hitchcock, the master of the thriller film, once commented on the idea of voyeurism in a conversation with Francois Truffaut. He said, “I’ll bet you that nine out of ten people, if they see a woman across the courtyard undressing for bed, or even a man puttering around in his room… They could pull down their blinds, but they never do; they stand there and look out.” It’s this primal allure that forms the basis for thriller Observance, but director Joseph Sims-Dennett takes the notion further to create an unsettling atmosphere under the ambiguity of who is watching who.

Taking an unsubtle cue from Hitchcock’s Rear Window, Observance follows private eye Parker (Lindsay Farris), on his first job since a family trauma buried in his hazy past. Parker’s boss gives him clear instructions to spy on a woman (Stephanie King) for a client. After relocating to a dilapidated old flat, Parker has a direct view of the certified Hitchcock blonde living across the street. The client’s motives are mysteriously undisclosed but the pay is good and that’s all that matters to Parker. Of course, nothing is quite as it seems.

Parker soon begins to notice items moving around of their own volition in his apartment. A tub of black gunk sits peculiarly in the corner of one room while Parker’s nights are plagued by horrific nightmares. Across the street, a darker conspiracy brews. A haunting, claustrophobic atmosphere (reminiscent of Roman Polanski’s superb Apartment Trilogy) fills…read the rest of the review at Movie Fail here.