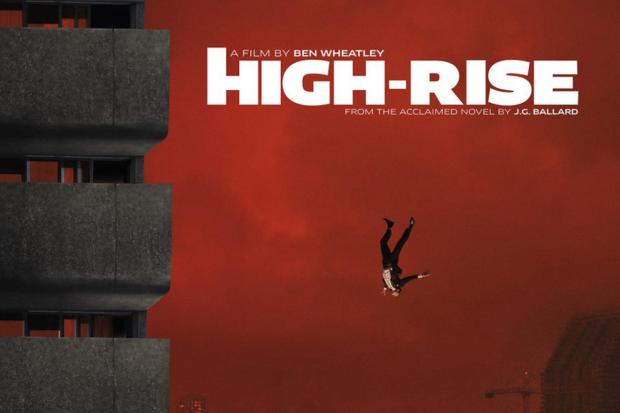 In all the mayhem and carnage of High-Rise one scene in particular stands out. As society teeters perilously close to total collapse, we find Dr Robert Laing (Tom Hiddleston) brawling over a tin of grey paint during the looting of the supermarket. “It’s my paint!” Laing exclaims as he bludgeons a rival to a bloody pulp. In a comical satire of Black Friday hysteria, the mild-mannered Laing has finally succumbed to the primal urges now coursing through the high-rise. Laing’s moment of madness epitomises the darkly comic and cathartic pleasures of the latest JG Ballard adaptation. Sex and violence are the most basic allures of cinema, and with High-Rise director Ben Wheatley and frequent collaborator Amy Jump have found the perfect structure to house our most elementary desires.

Ballard’s novel begins with one of literature’s great opening gambits: “Later, as he sat on his balcony eating the dog, Dr Robert Laing reflected on the unusual events that had taken place within this huge apartment building during the previous three months.” The shocking opener naturally entices, but Wheatly and writer Jump’s take perfectly captures the jarring nonchalant normality of the scene. We meet a dishevelled Laing jovially dabbling between routine paper work, spit roasting a dog’s leg and liaising with his clearly insane neighbor. It’s both an arresting and funny start, but most importantly it perfectly sets up the film to explain just how eating your pets become the norm.

Months earlier we find a pristine Laing, embodied by the British gent-of- the-moment Tom Hiddleston, moving into his new dwelling on the 25th floor of a swanky, brutalist high-rise apartment building. As well as being self-sufficient, including a supermarket, gym and pool, the high-rise has a strict hierarchy whereby the richer you are, the higher the floor you reside on. As Laing acquaints himself with his new neighbours, tensions begin to flare up between the lower floors, led by barrel-chested and mutton-chopped Richard Wilder (Luke Evans), and the upper echelons that include the building’s architect, Anthony Royal (Jeremey Irons), amongst its ranks. Soon the power begins to falter, refuse chutes start to clog and the lifts fail, leaving civilised society standing on the edge of a 37 floor high precipice…read the full review at Movie Fail here…