Boxing films, you know the script. The working class everyman down-on-his-luck battles against the avalanche of odds to hook, jab and uppercut his way to the top triumphantly. It doesn’t matter if it’s grief, debt, the system, self-loathing or revenge, boxing seems to be the express route for plucky protagonists to overcome their demons. Although sometimes all a few rounds furiously trading blows does is exposes a deeper, deadlier wound for our fighters – as Raging Bull and Million Dollar Baby attest to. While the outcomes may differ there’s always a gloss and spectacle on show inherent to boxing films. The execution of the climatic fight never ceases to be the dramatic knockout blow that the genre and cinema live for. It seems no coincidence that the growth and popularity of the noble art of boxing mirrored that of filmmaking over the past century.

The most famous of all boxing films, the Rocky franchise, reduces its fights to cartoonish feats of super human strength to focus on the emotionally driven plight of Rocky Balboa. Martin Scorsese’s critically lauded biopic of Jake LaMotta, Raging Bull, also eschewed realism, instead presenting its fights operatically and abstractly via unorthodox edits and a hazy black and white colouring. One of the most memorable and stunning approaches to in-ring action came courtesy of the 1962 film Requiem for a Heavyweight. The opening sequence literally drops us in the lightweight boots of a boxer through a POV sequence that begins with the camera jolting through a fury of opposing punches (supplied by a youthful Cassius Clay of all people!), before dropping us to the mat in a daze of lights and a ten count. In recent times the trend has been to depict fights in an ultra realistic style that mimics the grandstanding of a blockbuster spectacular. David O. Russell’s Oscar contender The Fighter blurred the lines between fiction and reality as closely as possible, while Southpaw tried to replicate the pay per view experience. 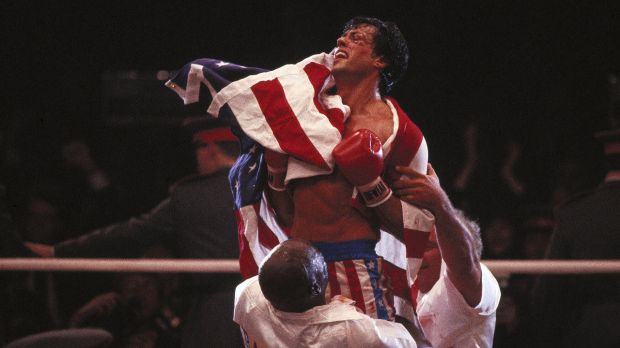 With cinema’s boxing division so crowded it’s become increasingly difficult to standout and rise up the ranks. The upcoming Vinny Paz biopic starring Miles Teller, Bleed for This, has suffered from genre fatigue as The Guardian’s Henry Barnes labelled it “flattened by cliché”. Amongst the increasingly difficult slog to effectively beat the genre stereotyping of blood, sweat and tears stands John Huston’s 1972 adaptation of Leonard Gardner’s novel Fat City. In stark contrast to its contemporaries, Fat City brazenly resists boxing’s inherently cinematic qualities and romantic possibilities at every turn. While most films in the genre aspire to “float like a butterfly and sting like a bee”, Fat City resembles a bloated fly incessantly banging its ahead against the window.

Before becoming a legendary director and actor, John Huston himself dabbled in amateur boxing until his nose was broken and his fledgling career curtailed. It’s this cynical life experience that shapes Fat City’s dour, bittersweet story of losers trying their luck at boxing in desolate Stockton, California. Billy Tully (Stacy Keach) is a washed up boxer. He’s 30 years old but looks far older with his oily skin and tangled mane of receded hair. We find him stuck in a dead end existence, not that he’s too fussed, spending most of his time either drinking or doing unskilled migrant work. His fall from grace is reminiscent of Terry Malloy in On the Waterfront, except Tully’s predicament is all his own making with no brother Charlie to take the blame. It’s only when Tully meets wide eyed kid Ernie (an impossibly youthful Jeff Bridges) boxing down the local gym that a fire finally burns again in his belly. Tully points Ernie in the direction of his old boxing gym with a glowing endorsement, but seeing the young fighter ready to rumble inspires Tully to step back in the ring. 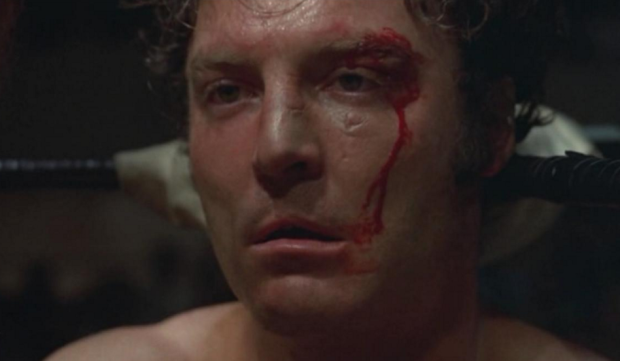 In the early rounds, Fat City appears as a classic underdog tale for Ernie and a redemptive comeback for the ramshackle Tully. There’s a positivity and vibrancy about Tully that lulls us into a false hope that everything is going to be alright. Even the goofy Ernie can’t help but trust in his new boxing career despite the prescient reminder of failure mirroring him in the form of Tully. Ernie’s first fight, taking place in a grubby hall thick with smoke, ends abruptly in failure with nothing to show for it but a broken nose like Huston. After another on-screen loss we never see Ernie in the ring again, despite the fact we’re aware his boxing career has stumbled on. The unconvincing assessment from his coach is that he’s “won some, lost some” but the only image we remember is that bloodied nose plastered on the canvas. Ernie remains naively keen to impress, but he’s snared into marriage with the arrival of an unwanted child and forced into a familiar scenario working menial migrant jobs to make ends meet.

Tully, for all his drive and ambition, fairs little better than his protégé. Tully’s trainer Ruben (Nicholas Colasanto) talks up his ability, though we can’t help but feel it’s merely lip service to prevent an impending relapse. Our reservations about Ruben’s confidence are confirmed when he begrudgingly organises Tully’s comeback fight against a respected Mexican fighter, Lucero (Sixto Rodriguez), rather than a dead rubber match up. Although it soon becomes apparent that Lucero’s not the grizzled fighter he once was either; his pre-fight routine is marred by bouts of pissing blood and wincing in constant pain.

Tully and Lucero step into the ring billed as superstars but begin their matchup like a couple of old drunks duking out it in an alley. All the spectacle of Rocky or grace of Raging Bull is sucked out of Fat City’s brawl. Instead, we’re forced to endure this tragic coming together of two spent forces slowly killing one another. Punches are traded furiously but inelegantly in sloppy and haphazard flurries. There’s an implicit feeling that both realise the futility of their clash but are compelled to continue through pride. As the camera hones in on both competitor’s slumped in their corners we see nothing but a vacant dread in their eyes and all we can feel is an overwhelming sense of pity. Instead of the big fight acting as the climatic peak of Fat City, as convention would suggest, it’s a wholly anti-dramatic event that epitomises Huston’s rejection of not just the romanticism of boxing, but the entire rags to riches cliché.

Exhausted and bloodied, Tully comes out on top but there are no winners in Fat City. Lucero’s own frailties mask the hollow nature of Tully’s success and his moment of ecstasy is short lived as a catalogue of disappointments strike; he falls out with his manager over his paltry pay, gets kicked out by his girlfriend Oma (Susan Tyrrell), and once again succumbs to his old vices. Tully’s demise seems even more inevitable when we see Lucero, billed as a tough boxer with reputation, travelling on the Greyhound bus, staying in bleak accommodation and leaving the venue, post-fight, alone in a shroud of darkness. There’s no glamour to be found in Huston’s ring. 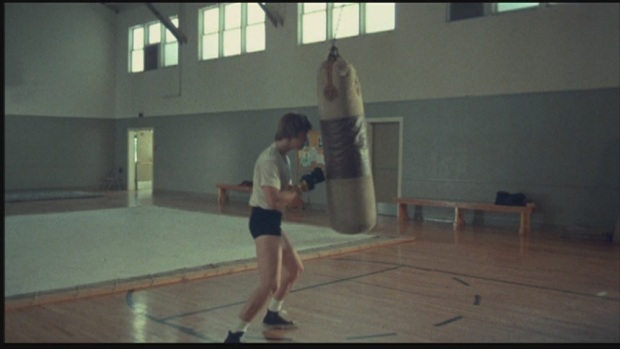 The film closes with Ernie, apparently still a boxer with limited success, stopping off for a coffee with Tully, once again a drunken dishevelled bum. The two sit in silence sipping their coffees; one stuck forever in the past and the other without a future, but both trapped in the relentlessly futile present. All the hope and success that boxing promised them is a sham and deep down they both know it. For all their willing and ambition their lives have converged hopelessly in a dilapidated gambling hall. Kris Kristofferson’s ‘Help Me Make it Through the Night’ presciently sums up their situation in the film’s opening “Yesterday is dead and gone/And tomorrow’s out of sight/And it’s sad to be alone”. In their bittersweet suffering at least they have each other to share the burden of life in Fat City.