Nostalgia ain’t what it used to be, or so the old quip goes. We’ve always been obsessed by what’s been and gone, but rarely has the present’s entanglement with the past felt so glaring and ubiquitous. The last twelve months in film have been defined and designed by nostalgia. Oasis became the biggest rock ‘n’ roll band in the world again as we rolled back to 1996 with Supersonic, The Birth of a Nation returned to screens in a new guise after 100 years, Rogue One literally resurrected the dead, and most recently, La La Land looks set to sweep the Oscars for remembering that musicals exist. With our current refusal to accept the present, let alone contemplate an uncertain future, there was an inevitably to Trainspotting 2’s arrival and a fine excuse to regress back to a happier time.

For the last twenty years, Danny Boyle’s 1996 adaptation of Irvine Welsh’s Trainspotting has been a cinematic, literary and musical powerhouse stitched into the very fabric of British culture. Surfacing in the midst of Britpop, Euro 96 and the all-encompassing ‘Cool Britannia’, Trainspotting, despite being a depressive tale of infant death and overdoses, captured the elusive essence of what it was to be British. It had it all – a blistering soundtrack, reckless youthful exuberance, a distinct surreal style – but most of all, it felt organic and completely genuine. Director Boyle and screenwriter John Hodge were only on their second feature film, while Ewan McGregor and co were still relative unknowns. This inexperience that ran through the cast and crew was the catalyst for Trainspotting’s runaway success. 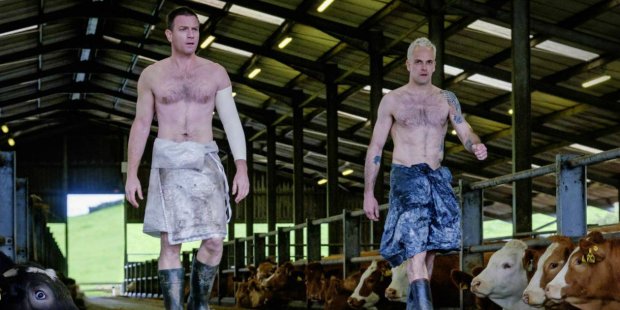 The obvious question with any sequel is how do you live up to the original? Especially one so heavily anchored to its time and circumstance. The answer for Danny Boyle is quite simply to embrace it. That is not to say that T2 is a slack homage to the original in the tedious vein of Rogue One, rather it understands its own state as a historical artefact and hazards an investigation into the allure of nostalgia and our ever-present past. Trainspotting has gone down in legend as the definitive nineties film, but that’s a misleading claim. Much of the original’s cultural reference points are from the 70s and 80s. Iggy Pop’s Lust for Life, New Order’s Temptation, Loud Reed’s Perfect Day, Archie Gemmel’s 1978 goal against Holland, Sean Connery’s 1986 The Name of the Rose and the bleak Brutalist backdrop are all retro entities masquerading in the mid-nineties. From the vantage point of 2016, T2 undergoes its own autopsy on the youthful euphoria of 1996.

Through a prologue of sorts T2 reintroduces us to the gang. An unblemished Renton (Ewan McGregor) finally returns to Edinburgh after twenty years of exile in Amsterdam, Sick Boy (Johnny Lee Miller) is snaring wealthy clients into blackmail, Spud (Ewen Bremner) is back on the heroin after a daylight savings cock up and Begbie (Robert Carlyle) has unsurprisingly been locked up. Renton’s motives for returning to Edinburgh aren’t explicitly obvious, but a brief flashback to his treacherous actions at the end of Trainspotting point towards a need to atone for a longstanding guilty conscious. In this day and age, where we can keep track of our every acquaintance’s most minor life changes and mealtimes online, it seems more likely that Renton is just overcome by a natural curiosity to see how his old mates have fared over the last twenty years.

Naturally, little has changed for any of them since Trainspotting and it’s this failure to launch that drives T2. It’s a film about ageing, loss and failing to live up to your own hope and potential. As a familiar comradery courses through Renton and the gang, we begin to introspectively trace our own history. Trainspotting’s fans have grown up in tandem with Trainspotting ‘s characters meaning every success and failure resonates all the more deeply. When Renton and Sick Boy gabble about George Best and Hibs with a childish excitement we’re taken back to our own school obsessions. Similarly, when the gang revisit the iconic Corrour train station in the Scottish wilderness to mourn Tony we’re left lamenting those friendships fallen by the wayside. It’s on this memorial visit that Sick Boy explains to Renton “nostalgia, that’s why you’re here”, before adding “you’re a tourist in your own youth”. He may as well be leaping out the screen and pointing a big finger at the audience in his address – we’re suddenly all too aware of why we’re here; the life we chose, and the life we missed.

T2 isn’t all depressive introspection, wondering when your hangovers got so debilitating or why modern music sounds so utterly shit, it’s a celebration of everything we loved about Trainspotting. Stylistically Danny Boyle has tried to replicate and improve on the original’s irreverent style with the use of camera phones, freeze frames, childhood flashbacks and a good dose of the surreal. Not all these techniques quite hit their mark, and the off-the-wall style feels much less spontaneous this time round. One of the most divisive moments comes when Renton launches into a 21st Century rendition of his ‘Choose Life’ speech featuring Slut Shaming, Snapchat and zero-hour contracts. I’m still in two minds whether it’s a masterful reimagining or a cringe inducing attempt to stay relevant. Perhaps the speech reads best as Renton’s macho attempt to palm off the present and mask his own fears about a world he no longer understands. 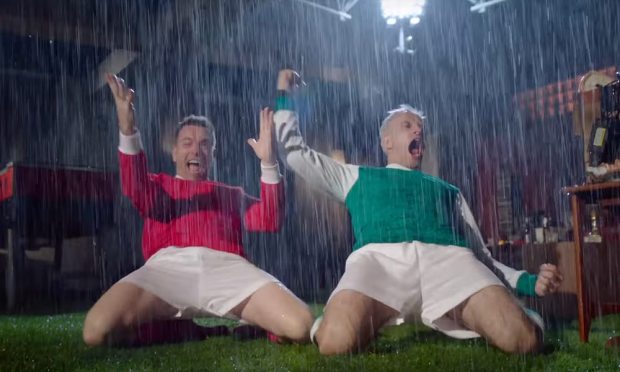 Early in the film Renton returns to his parent’s house. Sat in his room he flicks through his record collection before pulling out the familiar sleeve of Lust for Life. The record starts to spin, the needle deftly touches down, but before the chugging base line kicks in, Renton lifts it off and dashes an explosive comeback. Danny Boyle pulls the nostalgia right from under our feet. The easy thing with T2 would be to let the needle drop and allow two hours of pure nostalgia to rattle joyously through our minds. Having waited two decades for the perfect script, Boyle treats T2 as more than just a shameless cash-in.

There’s a resistance to do the obvious and a clear desire to innovate. Snapchat filters, the music of Young Fathers and newbie love interest Veronika (Anjela Nedyalkova) fall flat, but, as Boyle explores through the film, the past can’t be recreated. Saying that, there’s still an irrepressible joy to seeing Renton, Begie, Sickboy and Spud back and not all that grown up. I was lucky enough to see T2 at Home in Manchester featuring a Q&A with Danny Boyle himself where he, with a sense of relief, declared “the main thing is it’s not shite”. With impossible expectation Danny Boyle has managed to create something far more than “just not shite”.