If my calculations are correct, I’ve managed to sit through 59 films released in 2017. Being perpetually ‘between jobs’ has allowed me to catch-up on all those films that may have passed me by in the last year, leaving me ready at finally ready to pitch my top ten list. I’ve tried to stay objective, but ultimately an inevitable bias has creeped in – England is Mine I’m looking at you. The only real criteria for my list was that it had a theatrical release in the UK during 2017 hence a few leftovers from Oscars and a few seen during the London Film Festival back in October. Enough blabbing, let us begin with number ten…

During a memorial trip to honour their fallen friend Tony, Sick Boy explains to Renton “nostalgia, that’s why you’re here”, before adding “you’re a tourist in your own youth”. He may as well be leaping out the screen and pointing a big finger at the audience in his address – we’re suddenly all too aware of why we’re here; the life we chose, and the life we missed. Trainspotting 2 is a film about ageing, loss and failing to live up to your own hope and potential. As a familiar comradery courses through Renton and the gang, we introspectively trace our own history. Danny Boyle approaches the ghosts of Trainspotting past head-on, cleverly and ambitiously contemplating on the original’s cult status before reworking it for the perils and pitfalls of 2017. Trainspotting 2 should have been a charmless cash-in, but instead Boyle dodged the obvious dangers to craft a profound meditation on the very essence of cinematic sequels.

After superhero franchises, historical biopics are the dullest trend in cinema. Too often the genre reverts to stodgy Oscar bait reliant on the imitation of a famous face and resistant to imaginative filmmaking. Under the helm of Chilean maestro Pablo Larrin, Jackie presents Jackie Kennedy’s darkest hour, in the wake of her husband’s assassination, as something fresh, complex and creative. With a hypnotic, all-encompassing performance from Natalie Portman, Jackie explores the effects of grief, fame and legacy when you’re married to the most powerful man in the world. Larrin’s decision to construct the film around Jackie’s flashbacks and recollections questions the very fabric of memory and how we insulate ourselves from reality through myths and personas. Avoiding reductive certainties, Jackie is presented as a brilliantly conflicted protagonist; callous, sympathetic, selfish, confused and arrogant all at once. Beyond Portman’s Oscar worthy performance and Larrin’s claustrophobic, innovative direction, Jackie is worth seeing to enjoy the final performance in John Hurt’s glittering career.

John Wick 2 is the best action film of the last twenty years. Building on the simple, stylish pleasures of its predecessor, Stahelski ratchets the carnage to a whole new level as Keanu Reeves shoots, stabs and kills anything within a fifty meter radius. John Wick’s greatest asset is its reluctance to indulge in CGI, instead every exhausting and exhilarating action sequence is choreographed to perfection as Wick seamlessly clashes against the hordes of henchmen without breaking stride. The climactic melee through an art gallery produces an operatic beauty from its extreme violence. Beyond the satisfying bliss of Reeves’ deadpan fury, John Wick 2 excels in building a vivid, often eccentric, world of underworld crime where rules and rituals reign supreme. Laurence Fishburne and Ian McShane as criminal bigwigs provide a charismatic cool to Reeves’ ice-cold assassin. Perhaps 2017’s greatest film moment comes when John Wick fights off two attackers with nothing more than an HB pencil in a display of strangely satisfying violence and ingenuity.

Ghosts have taken on many cinematic forms over the years – friendly, slimy and Bruce Willis –  but only David Lowery has had the audacity to present a spectral presence as simply as a man with a white sheet over his head featuring two eye holes. If the idea is laughable in thought, then in practice it’s daringly effective. Following in the footsteps of this ghostly Casey Affleck, Lowery’s film is a melancholic rumination on life, death and beyond. Of all the film’s I saw last year, A Ghost Story is the one that has most profoundly lingered in my conscience. Lowery is not afraid to broach the big questions as his ghost transcends time and space at an alarming rate, leaving us pondering our place in the universe far beyond our lifetime. A Ghost Story is mostly depressing, occasionally pretentious and at times deliberately difficult – Rooney Mara devours an entire pie during unbroken real-time take – but it is also an emotionally searing introspection of what it is to live and die. 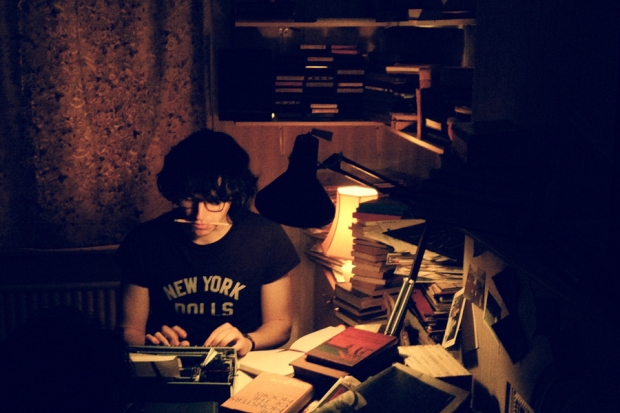 Well of course Morrissey biopic England is Mine has made the list, but it’s not just here to make up the numbers. Director Mark Gill’s debut feature, England is Mine (named after a lyric from Smith’s song Still Ill and deliciously subversive in Britain’s current climate), succeeds by conjuring its very own historical fiction surrounding a Morrissey still known as Steven from Stretford. The exceptional and ordinary, ambitious and fearful, humorous and despairing collide in a contradictory haze that captures a life in flux. On Smiths’ song Accept Yourself, Morrissey laments ‘time is against me now’, a sense of dread that England is Mine captures perfectly. Avoiding safe, factual imitation, England is Mine punts for interpretation allowing Morrissey’s youth to be an ambiguous project free from the shackles of so-called fact. With Gill’s subtly bold direction and Lowden’s vitally admirable performance, England is Mine pinpoints Morrissey’s extra-ordinary genius and his rather ordinary, universal appeal – it’s enough to make the man himself (or at least Caligula) blush.

In a time when television has become the home for quality drama, The Meyerowitz Stories is a much needed reminder that there’s life left in that wily old dog we call cinema. Having written with Wes Anderson, directed a couple of superb low-key dramas with Greta Gerwig and produced an insightful documentary on Brian De Palma’s career, Baumbach can add another feather in his cap with this brilliantly conceived dysfunctional family drama. Combining the eccentricity of Wes Anderson and the slick, urban dialogue of Woody Allen, Baumbach inspires excellence from his all-star cast of Dustin Hoffman, Ben Stiller, Adam Sandler, Elizabeth Marvel and Emma Thompson. The Meyerowitz Stories fits a TV season’s worth of drama into a mere two hours, seamlessly matching humour with weighty emotional clout. Despite the film revolving around sophisticated, successful urbanites, Baumbach manages to probe the veneer of the privilege to expose poignant insights into the tempestuous nature of family relations and rivalries.

Good Time is 2017’s much overlooked and underseen gem. The Safdie brothers send Robert Pattinson (his dark days in the twilight zone long behind him) on an exhilarating journey through the neon drenched underbelly of New York to save his mentally- handicapped brother (played by Ben Safdie himself) from prison. Good Time is a simple film executed with aplomb. With an 80s Sega inspired electronic soundtrack, courtesy of Oneohtrix Point Never, Good Time operates at a relentless, unpredictable pace intent on stopping the rush from ever shifting to a downer. Amongst the pounding intensity of this nocturnal flash it’s easy to overlook Pattinson’s career best turn as Constantine “Connie” Nikas. With peroxide blonde locks, Pattinson imbues Connie, a thoroughly unlikable chancer and opportunist, with a sympathetic edge vital in keeping the audience strapped in for the duration. Good Time recalls the stylish urban decay of New Hollywood – most closely aligned to the neo-noir cool of Michael Mann’s classic urban crime thriller The Thief (1981) – but the Safdie Brothers have created something invigorating and imitable that feels absolutely vital once it starts rolling.

In a world of safe uninspired reboots, sequels and spin-offs ready to milk the last drops of worth from their cultural cash cows, Blade Runner 2049, in true noir fashion, felt destined for failure. Yet instead of constructing a hollow Replicant of its 35 year old predecessor, director Denis Villeneuve has crafted a sequel of staggering visual supremacy and boundless innovation worthy of Ridley Scott’s original vision. Villeneuve, Deakins and Zimmer are a cinematic dream team at the peak of their powers, and 2049’s aural and visual landscape is an astounding joy to behold. The greatest compliment for 2049 is that at times it genuinely feels as if you’ve departed this world and stepped into another, one so real you can visualise through every door, down every alley and beyond every compact tenement building. Just as K feels the snow upon his hands and Joi revels in the rain on her skin, we too feel the reality of these potent hallucinations. The jolt of normality brings us to our senses, but if a film can produce a vision so believable does it matter whether it is merely a Replicant or real?

Christopher Nolan’s Dunkirk reset our expectations for modern day Blockbusters. Circumventing traditional narrative approaches, Nolan conceived Dunkirk as purely cinematic spectacle disinterested in the shackles of a linear story and central protagonist. Juggling three concurrent stories, Dunkirk transported its audience right into the midst of World War Two’s most ambitious retreat across the British Channel. Dunkirk is a film designed to be shown on the biggest screen possible. Seen at the Imax on 75mm it is a sensory assault and stunning spectacle. Nolan successfully plunges his audience into the plight of the situation by exposing us to the deafening German bomber raids, the suffocating, freezing water and the uncertain dread of survival on the beaches. Dunkirk’s success was built on the efforts of the collective – rather than Hollywood’s preferred idea of the individual hero – and by limiting our engagement with any one character, Nolan allows this holistic ethos to prosper. Dunkirk is a stunning technical achievement for a film of its size and scope. Few directors would have the vision, or the opportunity, to execute a Blockbuster as an almost silent film, yet Nolan did and has once again proven he is a director capable of balancing mass appeal with artistic ambition. 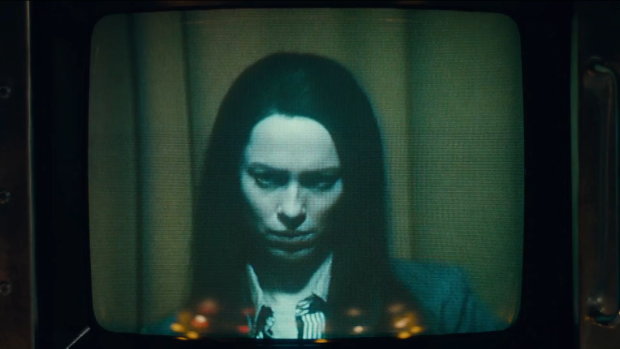 I saw Christine last January, but in the subsequent eleven months I haven’t seen a better film. Christine is the fictionalised account of the 29 year old local television reporter, Christine Chubbuck, who shot herself live on air in 1974. Campos’ film is a close relative of Martin Scorsese’s Taxi Driver (1976) as an exploration of depression and alienation, culminating in a spiralling descent to the unthinkable. Rebecca Hall’s performance as Christine Chubbuck is one of the very best in recent years as she becomes completely consumed by the character. Hall’s performance is defined by subtle touches, from way she awkwardly inhabits her own slender frame to the nascent hints at an unstable psyche. The fact Hall was overlooked in last year’s Oscars was its greatest travesty. Campos’ offers a variety of factors contributing to Christine’s troubled mental state – a difficult parental relationship, crippling sexual immaturity, loneliness and workplace sexism amongst others – without ever suggesting one to be the true cause. Campo’s is wholly aware of the complexities of the human mind, leaving the audience to make their own conclusions from the presented options. Under a jaded glow of seventies’ mustard browns, Christine excels in presenting a gripping character study brimming with tension, empathy and humanity despite the fact the ending is never in doubt.