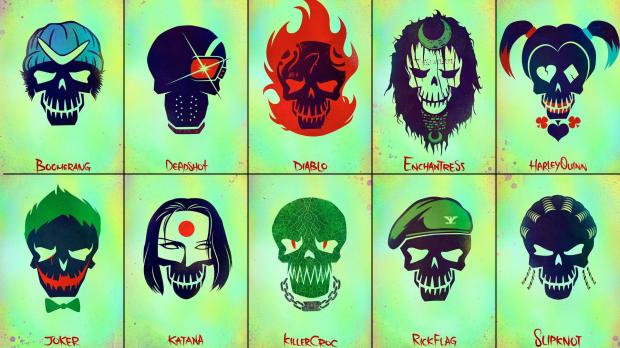 If Marvel has the monopoly on goody-too-shoes superheroes then surely DC Comics’ trump cards are its vast array of supervillains, with an obvious Joker leading the pack. After the shambolic Batman v Superman a turn to the dark side with ensemble extravaganza Suicide Squad seemed like a sensible move. Bringing periphery bad buys Harley Quinn (Margot Robbie), Deadshot (Will Smith), Captain Boomerang (Jai Courtney) and Killer Croc (Adewale Akinnuoye-Agbaje) to the fore, director David Ayer, most recently known for explosive WW2 tank drama Fury, looked to rejuvenate the increasingly sterile superhero genre by proving that bad guys have all the fun.

After promising brash, daring and bombastic entertainment, ratified by its risqué 15 rating, Ayer’s film inevitably succumbs to formulaic tedium. We’re left with a run-of-the-mill addition to the superhero canon that operates like a dastardly incarnation of Marvel’s Avengers films rather than anything approaching the outlying innovation of Christopher Nolan’s Batman trilogy. It’s no better than Batman v Superman, no worse than Star Trek or Guardians of the Galaxy, instead Suicide Squad exists as another watchable, but entirely unambitious addition to the blockbuster malaise. 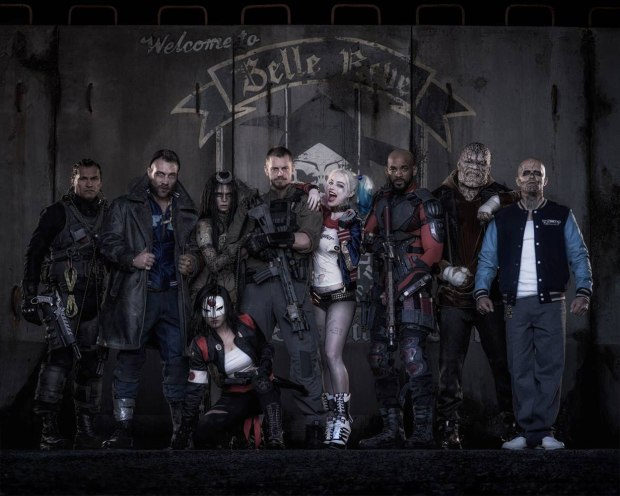 It’s no coincidence that the two biggest casting choices, Smith and Robbie, correlate with the two most interesting characters. After a few years following Johnny Depp and Tom Cruise down the pan, Smith appears to be rejuvenated by Deadshot’s paradoxical roles as cocksure gun slinger and attentive father. Far less reasoned, but no less enjoyable, is Robbie’s giddy antics as Joker’s muse Harley Quinn. The ‘fun’ side that Suicide Squad promised rests almost solely on her nimble shoulders, right beside her trusty baseball bat. While her jokes and one-liners may resemble Christmas cracker off-cuts, Quinn is an irresistible charm whose wholesome, porcelain smile disguises sordid tendencies. Amongst all the villains vying for our affection is a quietly brilliant performance from Viola Davis as the squad’s government handler. The irony is that Davis manages to inspire a callous evil far worse than anything the squad can muster.

Of course all eyes are really on Jared Leto’s interpretation of the green haired grinning psychopath, the Joker. Jack Nicholson plumped for cartoonish eccentricity, Cesar Romero turned him into an infantile fool and Heath Ledger opted for unhinged realism, now Leto has completely revamped the Joker as a nouveau riche gangster. Between toting golden guns and speeding neon supercars, Leto presents the Joker as this slimy, sexually masochistic entity. Mildly put, it’s a polarizing incarnation. Though for all the build-up, the Joker’s role merely amounts to a glorified cameo. His presence in Suicide Squad feels like a marketing ploy rather than a relevant addition to the narrative at hand.

Ironically, one of Suicide Squad’s biggest failings is its central villain The Enchantress (Cara Delevingne).The evil alter ego of Dr. June Moone is a charismatic vacuum whose otherworldly, shamanic antics drag the film into a dreaded generic CGI boss battle finale. Delevingne, who barely goes through the motions, only leave us desperate for the elusive Joker. Love or loathe Leto’s interpretation, just one scene of the crazed clown dwarfs a whole film of Delevingne’s stupefied gaze. 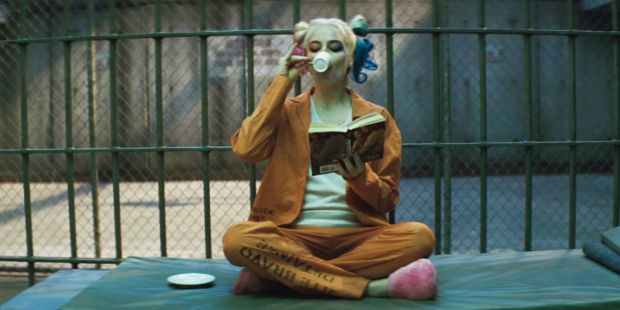 I’ve devoted a large part of this review to discussing characters and performance, that’s because ultimately that’s all that differentiates this film from its contemporaries. Despite Ayer’s directing, the presence of long-term DC comic man Zack Snyder hangs over the film like a foul odour. All the worst elements of Suicide Squad harkens back to his brand of giddy filmmaking; the crumbling city landscape, the aggressive use of popular music to create atmosphere, the obligatory slow motion CGI fights and the puerile posturing as edgy. Though Marvel always appears offensively low-stakes to me, at least it doesn’t strive for too-cool-for-school arrogance. Suicide Squad yearns to emulate Tarantino, swearing like a trooper and nonchalantly slicing ears off. Instead it comes off as teenage pretender smugly swearing at the teacher from behind the safety of their desk.

The Suicide Squad are the right guys in the wrong film. After much exposition in the film’s first act, perhaps not even enough, we are suitably intrigued by this fresh gang of outsiders. The early appearance of Batman (Ben Affleck) and the Joker only heighten our expectations. Rather than a gritty blurring of good and bad morals via the caped crusader, we’re left to endure the Suicide Squad’s uninspired quest to stop the ridiculous Enchantress from destroying the earth for no real reason. Motive and logic are conspicuous by their absence. Rather than waste the money on filming the second half of the film, Warner Bros should have just recycled the finales of Man of Steel, Batman V Superman or Watchmen. 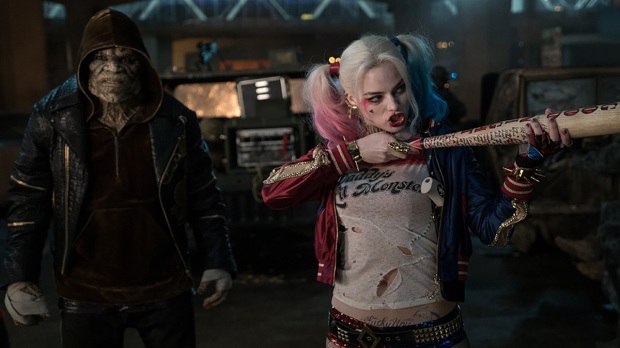 Frankly I’m finding it hard to even care about blockbusters these days. Maybe I’m just a grumpy arsehole, but how many times can we see the same mediocre film merely repackaged and reissued under different guise? Rather than tap into the uniquely humane possibilities of Batman and chums, Suicide Squad resigns itself to being another daft demonstration of superpowers and vapid fantasy. The fact I’m reviewing this objectively against its contemporaries just shows I’ve accepted filmmaking mediocrity. If this is escapism then I’m changing my plea to guilty because it’s wasted on me.