Do you remember Christopher Walken’s watch-up-his-ass monologue in Pulp Fiction? How about when he diced with death playing Russian Roulette in The Deer Hunter? And of course, how can we forget his gravity defying dancing in Fatboy Slim’s Weapon of Choice video. We’ve witnessed Walken and his inimitable New Yorker accent in a fair few striking situations, including a fantastic rendition of Lady Gaga’s Poker Face, but his appearance in The Jungle Book may trump the lot. Inhabiting a gargantuan Orangutan, who presides over his kingdom like Don Corleone, Walken uses his iconic tones for a superb reworking of the Disney anthem I Wan’na be Like You. It’s an utterly bizarre occurrence, yet somehow that gruff threating voice matched with a mafia monkey magically works. The scene epitomises director Jon Favreau’s holistic approach of combing old and new for Disney’s latest live action release. There are cues from the 1967 animated predecessor, as well as a closer thematic and moral appreciation of Rudyard Kipling’s 1894 original text, but Favreau’s Jungle Book is its own polished specimen.

We all know the plot to The Jungle Book, but for those of you who’ve actually been living in the wilderness here’s a brief rundown. The Jungle Book is the tale of Mowgli (Neel Sethi), a ‘man-cub’ raised by a pack of wolves after being rescued from abandonment in the wild by a panther named Bagheera (Ben Kingsley). Despite assimilating into the wolf pack not all of the animal kingdom are enamoured to have a human amongst their ranks. Fearsome Bengal tiger Shere Khan (Idris Elba), scarred from a previous encounter with humans, takes particular offence to Mowgli’s presence and sets out on a mission to rid the jungle of him. With Kahn in pursuit, Mowgli must either return to civilisation or make a stand against the tiger with a little help from some friends. 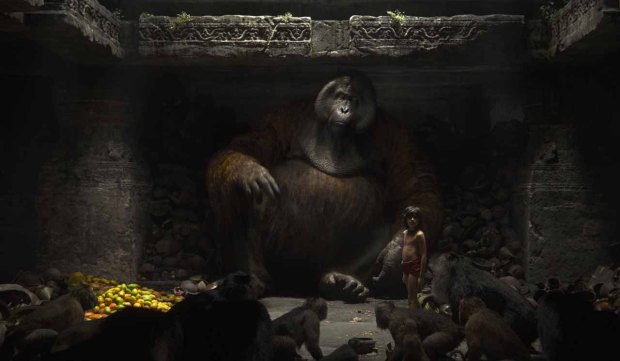 You’d expect nothing less from Disney, but The Jungle Book is a dazzlingly lush piece of filmmaking. While jungle is in the title, the film swings between barren rocky plains, steamy swamps, crumbling ancient cities and storm washed ravines. It’s a fantastical landscape that shuns one realistic environment to combine a host of global influences inspiring a sense of exotic awe and mystery. Mowgli and his animal compatriots traverse the varied terrain in similarly impressive style by weaving and leaping through with the seamless grace of a side scrolling video game.

Juxtaposed with this majestic backdrop is a safari’s worth of carefully imagined wildlife. Earlier this year Leonardo Dicaprio’s spectacular brawl with a grizzly bear in The Revenant appeared to be the peak of animalistic CGI, yet The Jungle Book’s wildlife ensemble push the boundaries of augmented reality even further. Every beast, from the muscular athleticism of the big cats to the agile gliding rodents, is beautifully rendered as if lifted straight from one of David Attenborough’s wondrous documentaries. Just as Avatar heralded a new landmark in the powers of CGI, The Jungle Book has certainly once again lifted the bar for computer powered authenticity. 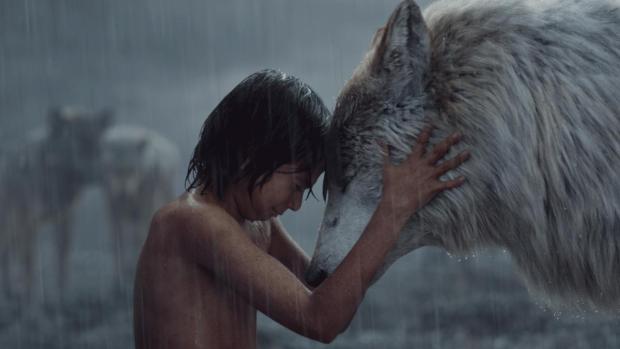 The recent trend in reboots has been one of increased realism and seriousness. Christopher Nolan’s noir influenced Batman started the trend, but everyone from Daniel Craig’s James Bonds to Disney’s recent adaptations of Cinderella and Alice in Wonderland have followed suit. Favreau similarly rebrands The Jungle Book as a much darker and morally responsible outing. Taking a step away from the simple comic joviality of the 1967 animation, Favreau’s film ponders the dangers of man with its destructive “red flower” and injects a grave sense of threat to proceedings via Shere Khan’s murderous ruthlessness.

That’s not to say that The Jungle Book is devoid of fun. Those classic musical numbers from the animation are cleverly entwined into the narrative as crowd pleasing homages rather than overt singalongs. The introduction of Bill Murray as the loveable bear Baloo ushers in the film’s most charming period with a prolonged slice of humour and entertainment. Murray’s lackadaisical voice and comic background perfectly suits Baloo’s own carefree inclinations. Along with Walken and Kingsley, Murray is one of the outstanding voice casting choices. In contrast Elba’s gruff London accent and Johansson’s sultry hisses as Kaa draw too much attention themselves to be immersive additions to the film. Amongst such illustrious company, visually and vocally, Neel Sethi appears little more than aesthetically convincing carrying the lead as Mowgli. 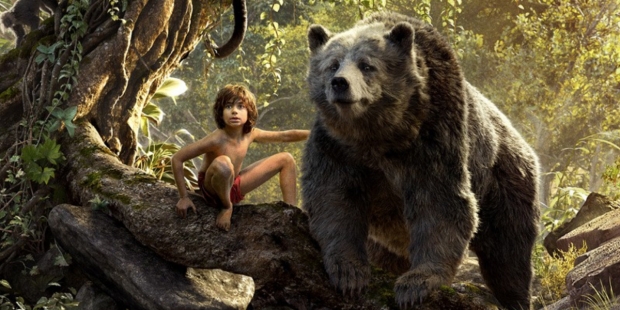 On paper The Jungle Book looks like another particularly uninspiring offering from cinema’s seemingly endless conveyer belt of reboots, re-imagings and re-workings. There’s no doubting it’s a safe bet, but Favreau and his vocal ensemble rise above the temptation of simply drifting through the motions. On a technical level, the CG rendering and motion capture technologies are something quite special yet there’s more to the film than mere superficial beauty. It’s a film full of charm and imagination that’s genuinely capable of holding the whole family’s attention. The old song may go “I wan’na be like you”, but The Jungle Book swings to its own tune.

One thought on “The Jungle Book Review”